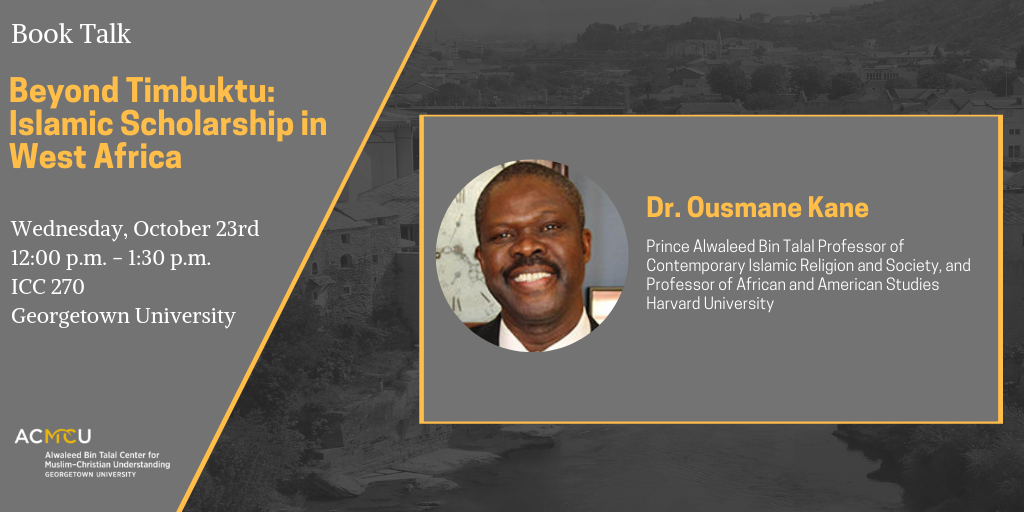 Renowned for its madrassas and archives of rare Arabic manuscripts, Timbuktu is famous as a great center of Muslim learning from Islam’s Golden Age. Yet Timbuktu is not unique. It was one among many scholarly centers to exist in precolonial West Africa. Beyond Timbuktucharts the rise of Muslim learning in West Africa from the beginning of Islam to the present day, examining the shifting contexts that have influenced the production and dissemination of Islamic knowledge—and shaped the sometimes-conflicting interpretations of Muslim intellectuals—over the course of centuries.

Dr. Ousmane Kane joined Harvard Divinity School in July 2012 as the first Prince Alwaleed Bin Talal Professor of Contemporary Islamic Religion and Society at HDS. Formerly, Dr. Kane was Associate Professor of International and Public Affairs at Columbia University’s School of International and Public Affairs. His books include Muslim Modernity in Postcolonial Nigeria (Leiden: E J. Brill, 2003) and The Homeland Is the Arena: Religion, Transnationalism, and the Integration of Senegalese Immigrants in America (Oxford University Press, 2011), which looks at the community of Senegalese immigrants to the United States in New York and the importance these immigrants assign to their religious communities for the organization of their lives.

* Lunch will be served at the event for those in attendance