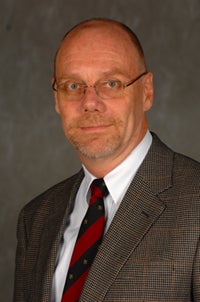 Daniel Madigan, S.J. is an Australian Jesuit priest who joined Georgetown's Department of Theology in 2008 and is teaching in the doctoral program in Religious Pluralism as well as in the undergraduate program. He holds the title of Jeanette J. and Otto J. Ruesch Family Distinguished Jesuit Scholar. In 2007-2008 he was International Visiting Fellow at the Woodstock Theological Center at Georgetown, and he continues there as a Research Fellow, directing a project on Christian theologies that are responsive to Islam. Before moving to Georgetown, he taught in Rome (2000-2007), where he was the founder and director (2002-2007) of the Institute for the Study of Religions and Cultures at the Pontifical Gregorian University. He is a Consultor of the Vatican's Commission for Religious Relations with Muslims.

Dan's main fields of teaching and research are Qur'anic Studies, Interreligious Dialogue and particularly Muslim-Christian relations. He has also taught as a visiting professor at Columbia University, Ankara University, Boston College and Central European University. At present he is working on two books. The first grows out of what he learned from those seven years in Rome teaching Muslim students an introduction to Christianity in a way that took seriously their questions and perplexities. The second is a university text book on the Qur'an for Routledge, focusing on the various ways in which the Qur'an is read by different groups.