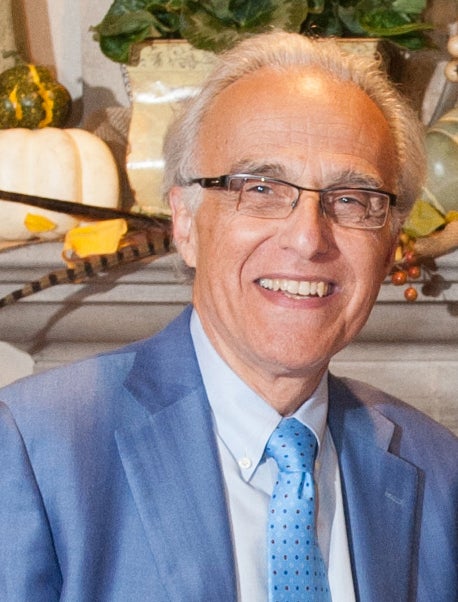 Distinguished University Professor, Professor of Religion and International Affairs and of Islamic Studies at Georgetown University, John L. Esposito is Founding Director of the Alwaleed Center for Muslim-Christian Understanding in the Walsh School of Foreign Service. Previously, he was Loyola Professor of Middle East Studies, College of the Holy Cross. Past President of the American Academy of Religion and Middle East Studies Association of North America, Esposito has served as consultant to the U.S. Department of State and other agencies, European and Asian governments, corporations, universities, and media worldwide and ambassador for the UN Alliance of Civilizations and was a member of the World Economic Forum’s Council of 100 Leaders and E. C. European Network of Experts on De-Radicalisation. He has received honorary doctorates from St. Michael’s College, University of Toronto, the University of Sarajevo, University of Florida and Immaculata University as well as the American Academy of Religion’s Martin E. Marty Award for the Public Understanding of Religion, Pakistan’s Quaid-i-Azzam Award for Outstanding Contributions in Islamic Studies, Georgetown University’s School of Foreign Service Outstanding Teacher Award and Georgetown’s Career Research Achievement Award. Esposito’s more than 50 books include: The Future of Islam, Islamophobia and the Challenge of Pluralism in the 21st Century, Who Speaks for Islam? What a Billion Muslims Really Think (with Dalia Mogahed), Unholy War: Terror in the Name of Islam, The Islamic Threat: Myth or Reality?, Islam and Politics; Makers of Contemporary Islam and Islam and Democracy (with John O. Voll), What Everyone Needs to Know About Islam, Asian Islam in the 21st Century (John Voll & Osman Bakar), World Religions Today and Religion and Globalization (with D. Fasching & T. Lewis), Geography of Religion: Where God Lives, Where Pilgrims Walk (with S. Hitchcock), Islam: The Straight Path; Islam and Democracy and Makers of Contemporary Islam (with J. Voll); Modernizing Islam (with F. Burgat) Political Islam: Revolution, Radicalism or Reform?, Religion and Global Order (with M. Watson), Islam and Secularism in the Middle East (with A. Tamimi), Iran at the Crossroads (with R.K. Ramazani), Islam, Gender, and Social Change and Muslims on the Americanization Path and Daughters of Abraham (with Y. Haddad), and Women in Muslim Family Law. Esposito’s books and articles have been translated into more than 45 languages. Editor-in-Chief of Oxford Islamic Studies Online and Series Editor of The Oxford Library of Islamic Studies, he served as Editor-in-Chief of The Oxford Encyclopedia of the Islamic World (6 vols.); The Oxford Encyclopedia of the Modern Islamic World (4 vols.), The Oxford History of Islam, The Oxford Dictionary of Islam, and The Islamic World: Past and Present (3 vols.). Esposito’s interviews and articles with newspapers, magazines, and the media in the U.S., Europe, Asia, and the Middle East: The Wall Street Journal, The New York Times, The Washington Post, The Economist, The Guardian, The Times of London, CNN, ABC Nightline, CBS, NBC, and the BBC. A native of Brooklyn, N.Y., he currently resides in Washington, D.C. with his wife, Dr. Jeanette P. Esposito.