Senior Fellow; Emeritus Professor of Philosophy at the University of Malaya in Kuala Lumpur, and Deputy CEO of the International Institute of Advanced Islamic Studies-Malaysia 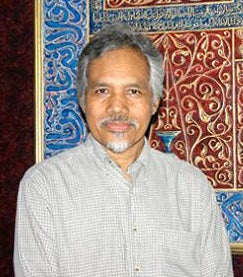 Senior Fellow; Emeritus Professor of Philosophy at the University of Malaya in Kuala Lumpur, and Deputy CEO of the International Institute of Advanced Islamic Studies-Malaysia

Dr. Osman Bakar, an Emeritus Professor of Philosophy at the University of Malaya, is currently the Deputy CEO of the Institute of Advanced Islamic Studies (IAIS), Kuala Lumpur. A former Vice President/Deputy Vice-Chancellor (Academic and Research), at the University of Malaya (1995-2000), and Professor at the International Institute of Islamic Thought and Civilization (ISTAC), Malaysia (2005-2008). Dr. Bakar is also a Visiting Research Fellow at Doshisha University, Kyoto, Japan. Formerly the holder of Malaysia Chair of Islam in Southeast Asia at Georgetown University (2000-2005), Dr. Bakar was educated in London University where he obtained B.Sc and M.Sc in Mathematics. He earned his doctorate in Islamic philosophy from Temple University, Philadelphia.

A Fulbright Visiting Scholar at Harvard University (1992), he has published 15 books and more than 250 articles on Islamic thought and civilization, particularly on Islamic philosophy and science, Islam in Southeast Asia, and inter-cultural dialogues. The founder of the Center for Civilizational Dialogue at the University of Malaya (1995), Dr. Bakar has also served as advisors and consultants to various international academic and professional organizations and institutions, including UNESCO and The Qatar Foundation. He was a member of C-100 (Council of 100 Leaders), of The West-Islamic World Initiative for Dialogue established by the World Economic Forum based in Switzerland.

Dr. Bakar’s best-known works are Tawhid and Science (A History and Philosophy of Islamic Science), Classification of Knowledge in Islam, and Islam and Civilizational Dialogue. His Tawhid and Science has been translated into Persian, Turkish, Indonesian, and Albanian. Several of his other writings have also been translated into Spanish, Chinese, Urdu, Arabic, and Bosnian. In 2009 Dr. Bakar was included in the list of Malaysia’s twenty leading intellectuals and the 500 most influential Muslims in the world.