The documents listed on this page relate to the constitutional guidelines for teaching about religion in US public school classrooms. These two documents are pdf copies of pamphlets for distribution to teachers, administrators, and parents. The links below are new sites for First Amendment Center school resources and publications, now the Religious Freedom Center Resources for Educators Religious Freedom Center Publications include:

The American Academy of Religion (AAR) has published a guide on public education about religions at Guidelines for Teaching About Religion in K–12 Public Schools in the United States (as a PDF), produced by the AAR’s Religion in the Schools Task Force and published in April 2010. The document contains information much like that in the First Amendment Center guidelines, but has much more on teacher education opportunities, approaches from a religious studies perspective, and much more.

The following resources provide comparative information on the major world religions and their public impact in the US, in addition to the last site from the UK:

The following articles relate to teaching about religions in state standards, world survey courses, and other contexts.

This article is one of a suite in the same issue of Current Issues in Comparative Education that dealt with Islamic schools:

This study is about the impact of learning about world religions in a high school elective course: 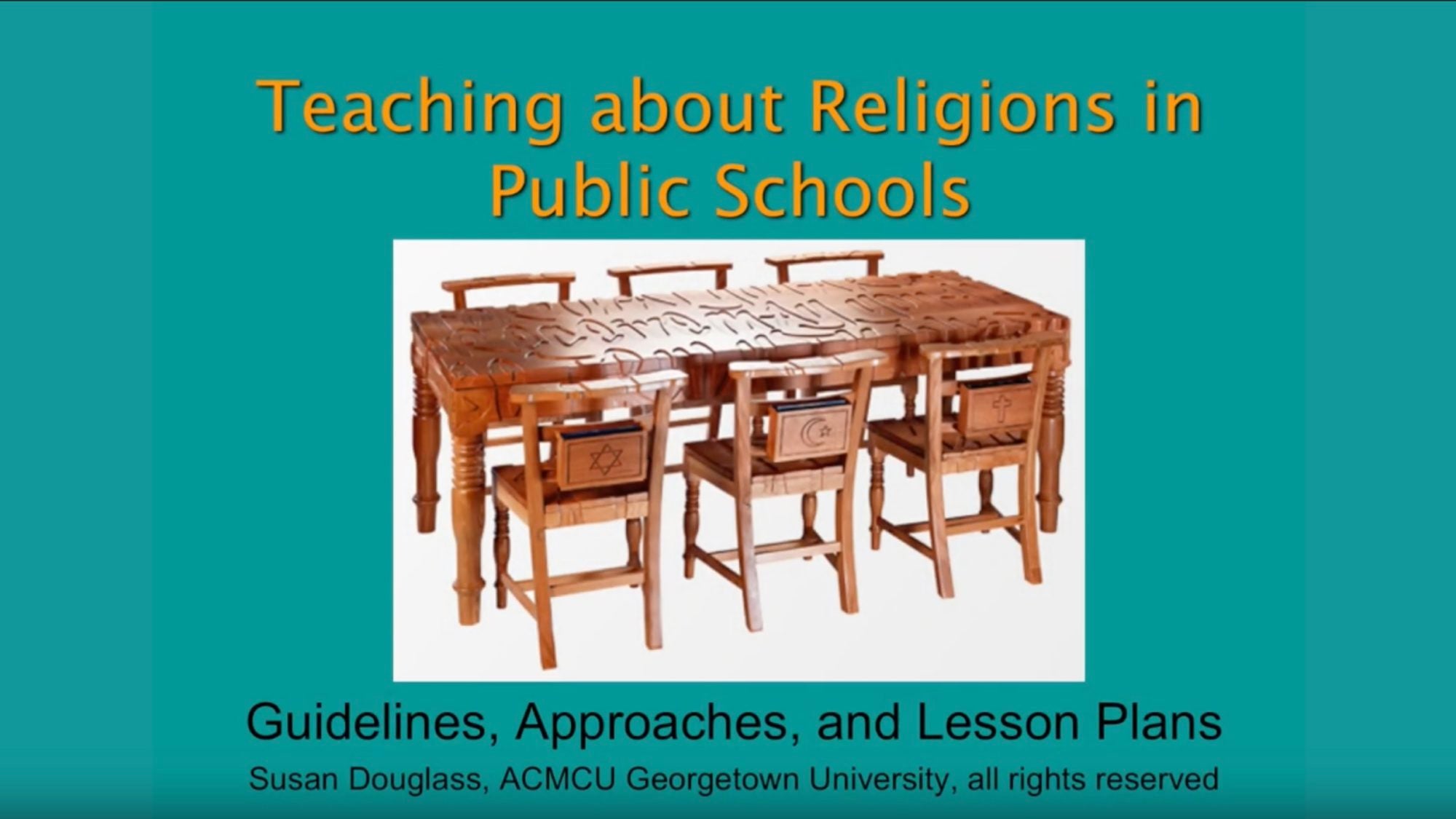 Teaching About Religion in Public Schools